Show different ad campaigns at different points in your game and fine-tune your campaigns’ behavior from your dashboard. Customize your game logic to match the right ad request with the right player at the right time.

Copied to clipboard
▲ Back to top 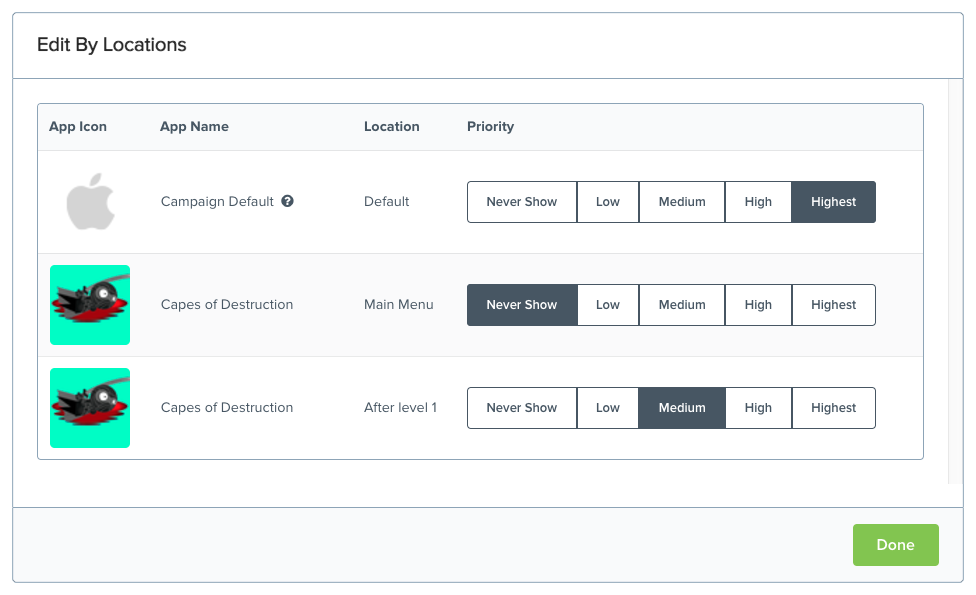