A device list is a simple list of device identifiers that lets you organize players into groups – you can then apply these lists to campaigns. (Note: Device lists are optional.)

When it comes to building device lists, you have two options:

The identifiers you should use to build your lists are:

To start, head to your account’s Device Lists section, where you’ll see existing lists and a control panel you can use to add new ones: 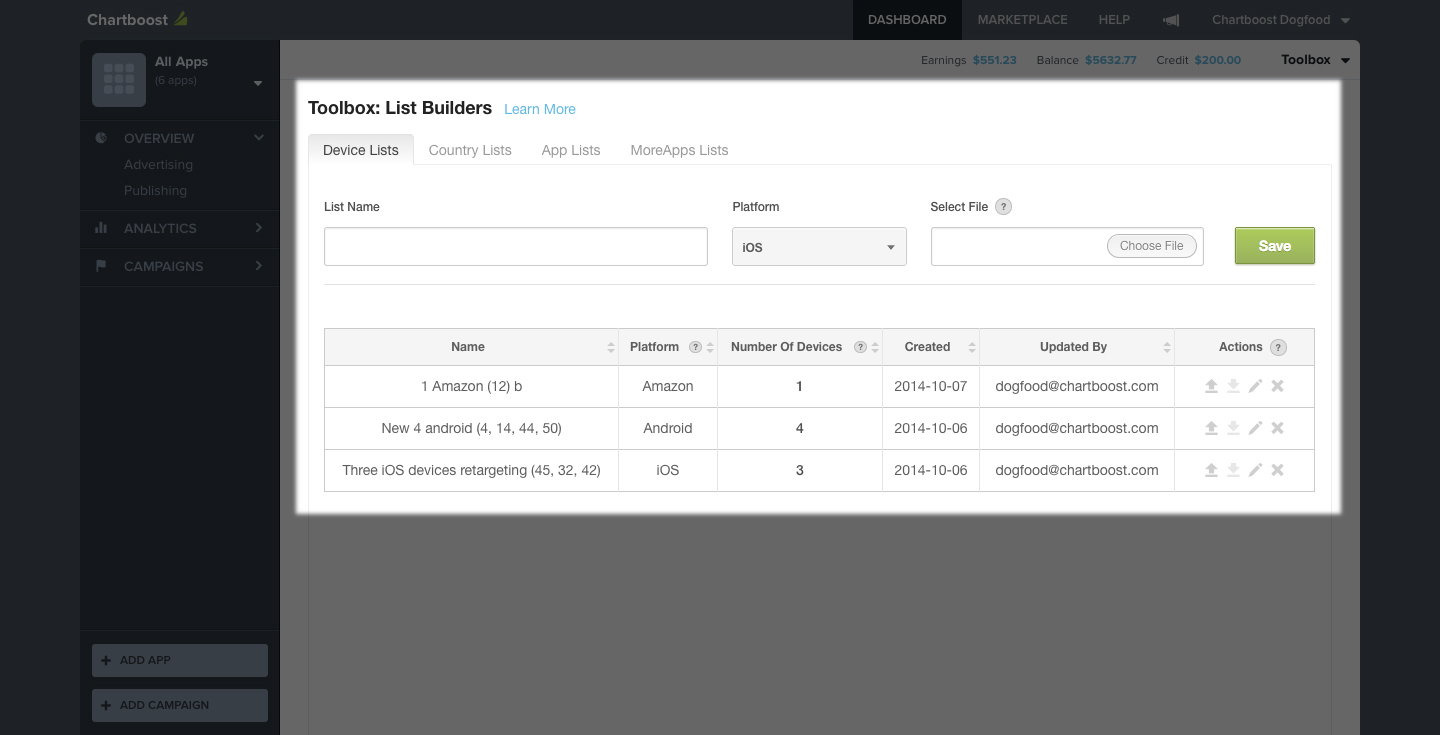 (Note that – depending on its size – our system may need several hours to process your list before displaying the number of valid and invalid (highlighted in red) devices it includes, and before the list is ready for use in a campaign.) 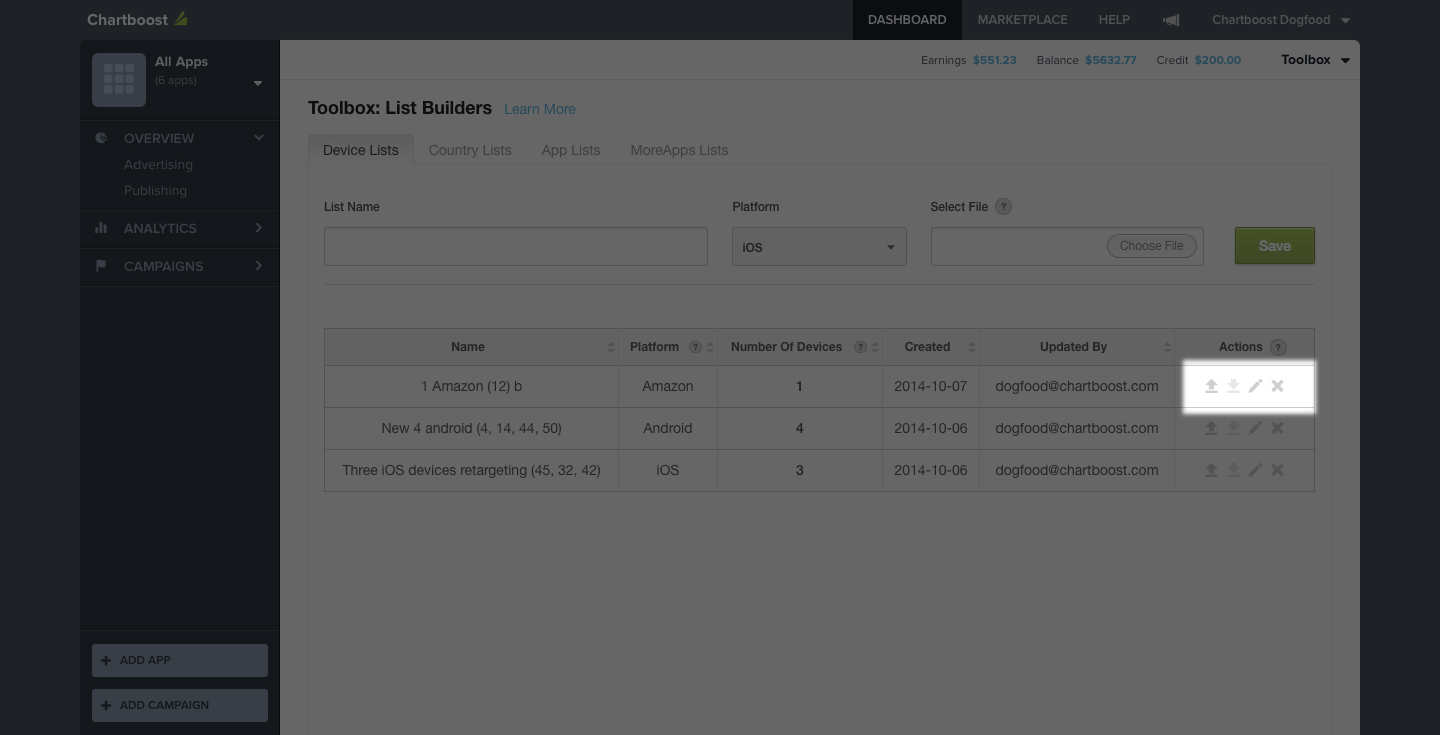 After you’ve created a device list, you can apply it to your campaigns via the Edit Campaign page’s Campaign Logic section: 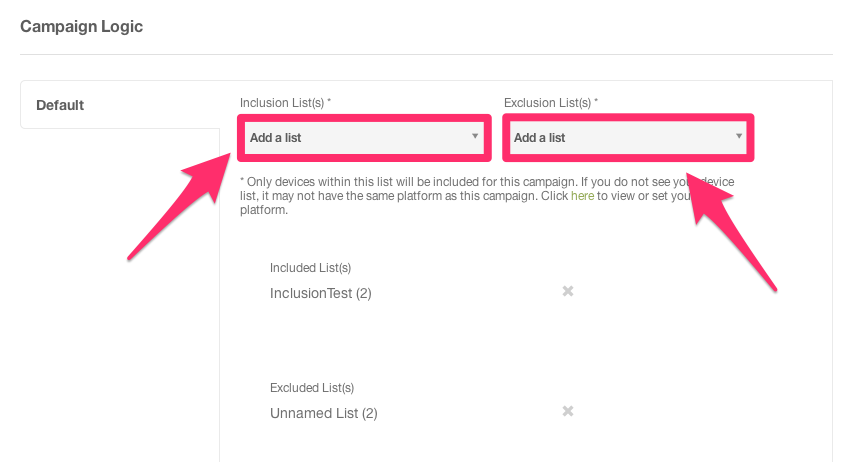 1. Excel has a 1 million row limitation, but you can create a text-based CSV (or use our API) if you need to add additional devices to your list

4. You cannot delete lists that are currently used in active campaigns